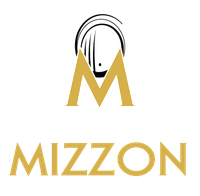 Mizzon
Mizzon Winery’s story roots in a long standing farming tradition. During the second post-war period Giuseppe Mizzon, together with his brother Giovanni and their father, decided to shift from vegetable farming to viticulture. Since the beginning, they were renowned for their passionate commitment and for the excellent quality of their wines. As a result, they went on purchasing other vineyards  without hesitation. During the following years they won several prizes. Their Recioto, a typical straw wine of Valpolicella,  was particularly rewarded.

Unfortunately, Giovanni died young. Giuseppe, then, tried to dedicate himself in farm animal breeding. However, destiny took its course…once arrived on the farm, the first two calves were actually stolen during the night. It turned to be a stroke of luck, as Giuseppe resumed the vine cultivation and was soon titled “Recioto’s King”.

Notwithstanding, only his youngest grandchild Nicola followed in Giuseppe’s footsteps. As soon as he finished his studies, Nicola started to work with his grandfather and took over the winery in 2010. Adding new techniques and technologies to his grandfather’s traditional methods, Nicola revamped Mizzon Winery as one of the best Valpolicella wineries.

Even though Giuseppe passed away in December 2015, Nicola preserves his motto:  “For us the joy of guarding the wine-making art, for you the pleasure of enjoying its emotions”.
Contact Producer