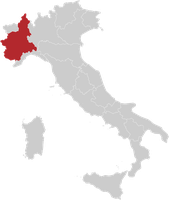 Giribaldi Azienda Agricola
Azienda Giribaldi Mario was founded at the begining of the xx century and has now been farming for three generations. Times in those days were hard and agriculture was not only one of the rare sources of economic support but a reason to be proud of those strong ties with a ground that caused so much suffering. The people however, were used to sacrificing themselvers for the land.

Today following the example set by tradition, and for the love of something as genuine and alive as wine the work begun by our fathers and grandfathers before them lives on with the same passion.

Times are still hard and changeable. The quantity produced is a final result and represents the logical consequence of a continual process of improvement and consolidation that begins with the tilling of the land and continues with the technology of transformation.
Contact Producer