Emilia-Romagna
Via Brigata Maiella 10/a 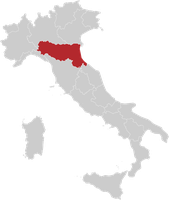 Dolciaria Naldoni di Naldoni Luca
A three-generation bakery
Naldoni bakery was born in 1951 when Romano decided to open a shop opposite the church of San Martino in Gattara. We are in the hills between Tuscany and Emilia Romagna in the valley of the Lamone River.
Romano’s bread used the traditional recipe: hand-made with spring water and cooked in a wood oven: Shortly his bread became essential for the community of the small village: women would take him some dough and he cooked it; sometimes they swapped recipes.
The shop thrived under the family control: at the end of the 70s, Romano’s children, Giuseppe and Floriana, started working in the bakery, helping with bread and pastry production: the small bakery became a pastry shop too, specializing in traditional products.
In 1978 demand was growing so we made our way into small shops and later in 1990 we started selling to the large distribution. Then everything including passion and dedication, was passed on from Giuseppe to his son Luca, who decided to take over the confectionery business and to set up his new company, Dolciaria Naldoni in 2010.
Nowadays the family-run shop in San Martino in Gattara is supported by a modern workshop where, sticking to the same genuine recipes, we are able to meet customers’ needs and serve not only little communities but bigger cities./span>
DOLCIARIA NALDONI
It’s a modern workshop with a long family history
Dolciaria Naldoni is a modern company started by Luca Naldoni, Giuseppe’s son, in 2010. Luca carefully chooses the ingredients as he wants to continue his family traditions and sell genuine and healthy products.
The new plant is located in Fognano near Brisighella where, with the help of his staff, he can be more flexible and provide a new range of products that can meet the market needs.
Dolciaria Naldoni is the result of a three-generation family tradition and has evolved throughout the years, always keeping the same high-quality and the longstanding traditions.
Contact Producer 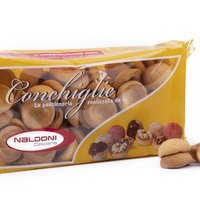 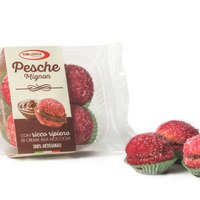 Pesche mignon with hazelnut filling
Dolciaria Naldoni di Naldoni Luca
This is a traditional product from the centre of Italy. Our grandmothers used a walnut to model the pastry and we have kept the same shape through the years. It is a genuine pastry, filled with tasty…
See More Request a Sample 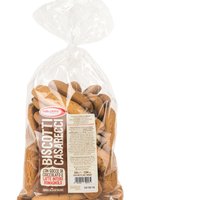 Biscotti Casarecci con Gocce di...
Dolciaria Naldoni di Naldoni Luca
These biscuits with chocolate drops are crunchy and healthy; they are also palm oil free. Soak them into milk, they are perfect for a healthy and nutritious breakfast! We only use milk coming from Em…
See More Request a Sample 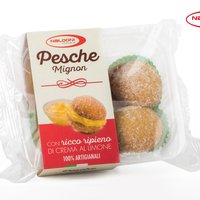 Pesche mignon, lemon filling
Dolciaria Naldoni di Naldoni Luca
This traditional product comes from the centre of Italy. Our grandmothers used a walnut to model the pastry and we have kept the same shape through the years. This pastry has a tasty lemon filling an…
See More Request a Sample 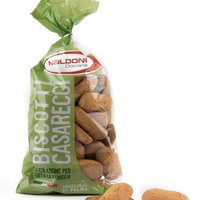 Biscotti Casarecci
Dolciaria Naldoni di Naldoni Luca
These biscuits are prepared with all the traditional ingredients: flour, milk, eggs. They are simple and genuine; try them with a cappuccino for breakfast or with your afternoon tea. Per chi ama la …
See More Request a Sample 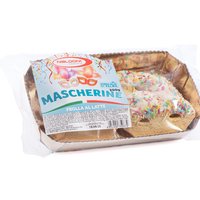 Mascherine with milk
Dolciaria Naldoni di Naldoni Luca
Carnival means dressing up with costumes and this product perfectly represents the spirit of this celebration. In the shape of a Carnival mask, these biscuits are made of crumbly shortbread, with the…
See More Request a Sample 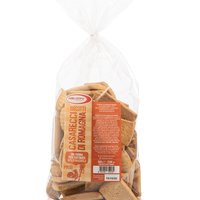 Biscotti Casarecci di Romagna
Dolciaria Naldoni di Naldoni Luca
These biscuits pay a tribute to our beautiful Romagna land: they are prepared with slightly refined flour which comes entirely from Romagna. They are perfect for those who are looking for a typical p…
See More Request a Sample