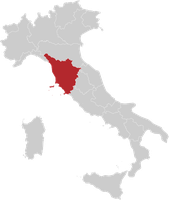 Consorzio tutela Pecorino Toscano DOP
The Pecorino Toscano PDO Protection Consortium was founded on February 27, 1985 and has brought together knowledge and know-how, made up of businesses, sharing a mutual love for the region and production excellence.  The Pecorino  Toscano PDO family consists of 245 farmers, 17 dairies, a maturer and a packager.
For over thirty years, the Consortium guarantees that only cheese that meets the product specification is labeled, recognized and sold as Pecorino Toscano PDO, handing down the tradition and strengthening the identity nationally and internationally.
The Pecorino Toscano PDO Consortium is responsible for:
Over the years, moreover, the Consortium has begun initiatives and partnerships to promote scientific research on sheep’s milk and Pecorino Toscano PDO in order to qualitatively improve cheese production.
Pecorino Toscano PDO is a cheese with soft or semifirm paste, produced exclusively with sheep’s milk. There are two types of Pecorino Toscano PDO, fresh or aged. The first one has a yellow crust, with different shades from yellow to light yellow, with white/clear yellow paste. The consistency is soft to the touch. The flavor is fragrant, characteristic, by a single word: "sweet".
The aged one, has a crust from the colour view, from the yellow to bright yellow. The colour of the crust can change if it has been treated by tomato, ash or oil and it can be presented even black or reddish. The paste is light yellow, the flavour fragrant, intense, but never spicy.
Pecorino Toscano is produced in a round wheel with flat sides with slightly convex heel. The diameter of the faces varied between 15cm to 22cm, the height of the heel between 7cm to 11cm and the weight between 0.75kg and 3.5 kg. The branding is made on the heel, with ink for the soft paste and with heat for the semifirm paste cheese. To the prepacked portion the branding is made on the package, as long as made at the area of origin. If the packaging happened outside the area of origin, the label will be made only on the cheese wheel.
The Pecorino Toscano PDO is made with modern technologies support, who reproduce the procedures handed down through the centuries. The milk, obtained from flocks raised in the "area of origin", is coagulated with calf rennet at a temperature between 33°C and 38°C. Can be added indigenous milk enzymes, originating only from the Consorzio Tutela Pecorino Toscano PDO.
Wheels are selected one by one by the producers, inspected by the Consortium, and certified by the competent authority. Only this can the real and perfect Pecorino Toscano be awarded the origin indication and be ink-branded for fresh cheese (more than 20 days) and iron-branded for hard cheese (seasoned for at least 4 months).
Contact Producer 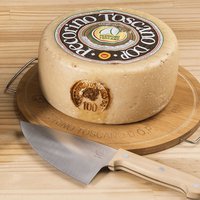 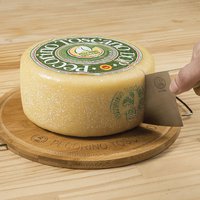