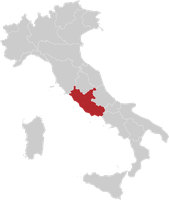 Cantine Lupo
Cantine Lupo begins with confidence in the potential of this terroir and the conviction that wine is the best way to exalt such quality.

In the 1990s, Cantine Lupo purchased a farmhouse located in Campoverde, a small village outside of Rome, between the slopes of the Colli Albani and the Thyrrenian coast. They restored and renovated the estate, which now houses the winery and facilities.

A long and detailed period of analysis and experimentation ensued, including a full replacement of the existing vineyards and the adoption of new growing methods.

The year 2016 saw great changes and new projects for Cantine Lupo, including the collaboration of world-renowned winemaker, Franco Bernabei. 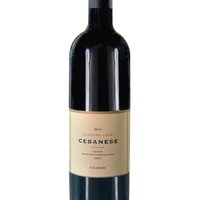 CESANESE LAZIO IGT 2014
Cantine Lupo
From grapes 100% Cesanese, is born a wine with a great structure, the wine retains a deep ruby colour. The aromas range from fruity taste of the cherry and the blackberry to the floreal of violet. Sp…
See More Request a Sample