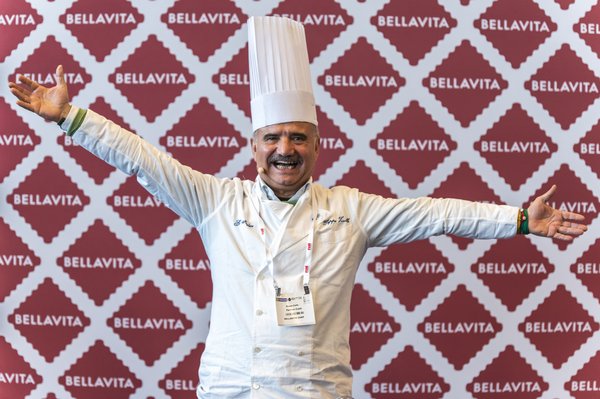 Born in Orsara di Puglia in southern Italy, bordering the regions of Molise and Campania, Chef Zullo opened his first restaurant in Boston, USA in 1978, before returning to Orsara in the mid-1980s, where he opened the restaurant which bears his name, on his historic estate, Nuova Sala Paradiso. A household name in his home country, he has made regular appearances on television, including Italy’s public broadcaster Rai , and Sky’s Gambero Rosso Channel .

Chef Zullo is widely regarded as one of the greatest ambassadors of the excellence of the regions of Puglia, Irpinia and Sannio; a “farmer chef” with over 30 years’ experience, “who has been able to give back to his land its deserved pride” according to Carlo Petrini, founder of Slow Food , who featured Ristorante Peppe Zullo in their 2020 restaurant guide, Osterie d’Italia .

His cooking philosophy is “ from the garden to the table ,” making use of fresh produce sourced from his 180,000m2 farm estate, situated among the Daunian Mountains, which includes an international cooking school, extensive vineyards and woods from where he sources fruit, herbs and mushrooms. The estate was recognised in 2013 by the Italian Federation of UNESCO Clubs and Centers (FICLU) for its “very low environmental impact, without ever neglecting the objective of proposing a diet based on authenticity with zero-mile gastronomic chain products.”