Great success for Italian wine and food at Bellavita Amsterdam 2020 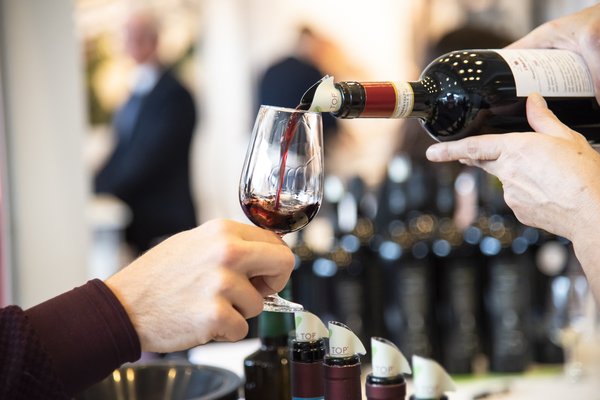 Great success for the fifth edition of Bellavita Expo Amsterdam , the largest trade show in the Netherlands dedicated to the promotion of Italian food & beverage companies, organised in partnership with the most important Italian trade shows, Vinitaly and Cibus , at the Amsterdam RAI Centre.

The event, held from 13 to 15 January 2020 in co-location with Horecava, saw the participation of over 100 Italian brands , with many producers of artisan products side by side with iconic brands. The event also opened its doors to a selection of 15 Spanish companies thanks to the collaboration with Ibérica Expo , providing over 70,000 buyers and professionals in the sector who visited Horecava with the opportunity to get to know a broad selection of authentic Mediterranean products in one pavilion.

Amongst the vast range of products on display, what stood out the most were: pizzas and bakery products created with the best flours, filled pasta, rice and hazelnuts from Piedmont, Parma ham, Tuscan finocchiona, mozzarella fiordilatte from Campania, peeled tomatoes in sea water, organic Parmesan cheese, Prosecco DOC, wines of great vines such as Sangiovese, Nebbiolo, Vermentino & Montepulciano, Bonarda from Oltrepò Pavese, Easter colomba with Bronte pistachio cream, panettone in pot, fillets of tuna in organic extra-virgin olive oil, balsamic vinegar of Modena, but also Andalusian olives and oils, chorizo and Catalan Cava.

Bellavita Expo Amsterdam kicked off with the Marchio Ospitalità Italiana 2020 ceremony, in collaboration with the Italian Chamber of Commerce for the Netherlands , which has delivered awards and certifications to over 50 authentic Italian restaurants based in the Netherlands, in an event open to the press.

The masterclass programme was characterised by a modern twist in the typical Italian regional cuisines, with a more open look at the Mediterranean cuisine. On the first day of the expo, the Bellavita Food & Wine Academy hosted a masterclass called “Organic native: Some of Italy's best wine with food pairing”, led by Kevin Gagnon and organised in collaboration with Vinitaly. Kevin Gagnon, WSET wine expert and Vinitaly wine ambassador, presented six Italian organic wines (red, white and sparkling) paired with international finger food, made by the Bellavita Resident Chef Nicoletta Tavella , founder of La Cucina del Sole , the leading Italian cooking school in the Netherlands.

The second day of the Expo was dedicated to Bellavita Labs, a series of educational seminars conducted by key market figures, who explored the latest innovations in Italian and Mediterranean food & wine. Of particular interest were the Pasta Making Lab, Olive Oil Lab and Vegan Lab sessions as well as the Wine & Food Pairing Lab which saw the combination of three great classic Italian wines with simple but tasty dishes, led by wine expert Janna Meppelink .

Bellavita also renewed its collaboration with the Italian Federation of Chefs in the Netherlands . Over 40 members of the association who have lent their experience to this year's event, including Mario Loina , Executive Chef of the five-star hotel Hyatt Regency Amsterdam , and Giovanni D'Apice , who took turns on stage and presented three recipes from his latest cookbook “Risotto”. Also, present, directly from Orsara di Puglia, was the “farmer-cook” Peppe Zullo , who led both the Vegan Lab and a masterclass on the health benefits of Italian cuisine.

Finally, the exclusive Bellavita Pizza Academy was another great success; for three days guests had the chance to be led to a journey through the secrets of authentic Italian pizza, in collaboration with the award-winning pizza chef Marco Fuso .

The event culminated once again with the iconic Bellavita Awards , recognising the excellence of the products on display based on the evaluation of over 200 judges selected among the key operators of the local F&B; sector. The wine world had excellent results, with the “Imperfetto” Sangiovese Superiore by Amaracmand winning the first prize in the Beverage category and the Nebbiolo d'Alba by Dogliani winning the Best Brand Identity award, whilst the Catalan “Iura” wine by Atavus Priorat received the Iberica Award for the best Spanish product. And yet, Cinque Sensi won the first prize for the Food category with their product “La Giardiniera di Morgan”, while the Most Innovative Product and Chefs’ Choice prizes went to Novafood with their chocolate with peperone crusco and to Subissati with their salami Morellino di Scansano, respectively. Finally, the special Taste Good Award went to the coffee “Europa” blend by Hardy Caffè.

Bellavita Expo Amsterdam is one of the eight trade show organised every year by Bellavita. Next stops: Toronto, Hamburg, Warsaw, Chicago, Mexico City, Bangkok and London.