All Star Line Up of Chefs Announced for London Show 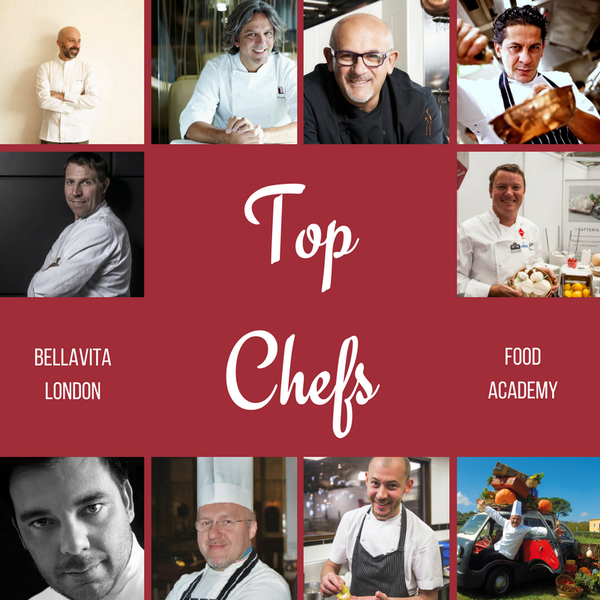 Since 2000, Niko Romito has been running the restaurant Reale with his sister, Cristiana. A self-taught chef, deeply attached to his native Abruzzo, in just 7 years he has earned three Michelin stars. He began in the town of Rivisondoli, in the bakery that his family had turned into a trattoria, and in 2011 he moved Reale to Casadonna, a 16th-century former monastery in Castel di Sangro. Through relentless research and a strong entrepreneurial drive, Romito pursued a path of essentiality, balance and taste. In a short time he has been able to create an incisive and personal culinary language, along with a complex system that perfectly combines haute cuisine, various catering formats, top-level training and products for home consumption.Three Michelin stars and countless distinctions for the restaurant of Cristiana and Niko Romito. A genuine ‘laboratory’, where materials, research, simplicity and taste dialogue with one another to bring the Italian cuisine of tomorrow to life.

Born into a cooking dynasty in Corgeno on the shores of Lake Comabbio in Northern Italy, Giorgio Locatelli is considered by many to be one of the finest Italian chefs in the UK and the world. At Locanda Locatelli, Giorgio serves traditional Italian dishes, emphasising the quality and freshness of the produce as well as adding his own creative touch.

Giorgio’s background shaped the attitudes that remain part of his distinctive character today – but, keen to test his knowledge and explore the world, he came to London to serve a 4½ year apprenticeship with Anton Edelmann’s brilliant, Escoffier-inspired cuisine at The Savoy. Three years in Paris – at Laurent and La Tour d’Argent – were followed by a period of travel and then return to London. In 1995 a new restaurant, Zafferano, opened in Belgravia and Giorgio Locatelli was the head chef who led the restaurant to its, and his own, first Michelin star in just four years.


In 2002 Giorgio and his wife Plaxy opened Locanda Locatelli. Now as chef-patron, Giorgio has established Locanda Locatelli as a place noted as much for its intimacy and family atmosphere as the quality of its food. The next year Giorgio won his Michelin star on home ground, an honour he has retained every year since. In October 2016, Giorgio was awarded the Commendatore OMRI by Italian Ambassador Terracciano for services to Italian gastronomy, the equivalent of a British knighthood.